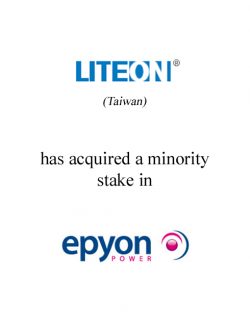 Lite-On Technology Corporation has acquired, through its subsidiary Lite-On Clean Energy Technology, a minority stake in Epyon, the leading European supplier of intelligent fast charging solutions for electric vehicles. Besides Lite-On, new shareholders BOM and Breesaap and existing shareholders SET Venture Partners and Chrysalix supply additional capital for the European expansion of Epyon. Lite-On will support Epyon’s market development in parts of Greater China, Asia, Europe and the US. Epyon will profit from Lite-On’s strength in volume production, marketing and logistics and its regional connections.

Epyon, founded in 2005 and headquartered in Rijswijk, the Netherlands, develops and supplies fast chargers for electric vehicles. The reduction of the charging time from the usual eight to ten hours to fifteen minutes takes away a major obstacle for buying an electric car. Because of the growing worldwide interest in electric vehicles Epyon’s sales rose tenfold last year. The company employs over 50 people, has a development centre in Eindhoven and branch offices in several European countries. Epyon has customers in the charging infrastructure, fleet and industrial electric vehicle markets.

Lite-On Technology Corporation, founded in 1975 and located in Taiwan, is a manufacturer of electronic components and systems with over 35,000 employees and 37 factories worldwide. In 2009, Lite-On realised a turnover of USD 6.2 billion. The company is amongst others the world’s largest manufacturer of notebook adapters with a 60% global market share. Lite-On Technology Corporation is listed on the Taipei Stock Exchange.

PhiDelphi and its network partner Daiwa Taiwan initiated this transaction on behalf of Lite-On Technology Corporation. 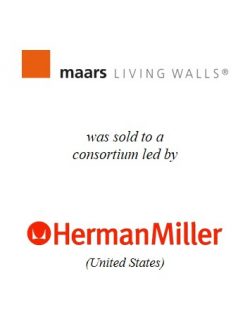 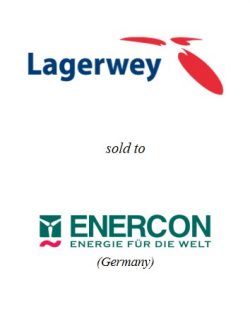 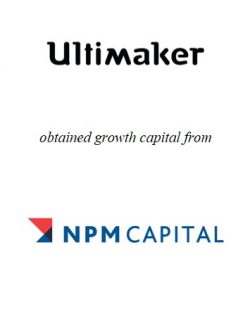